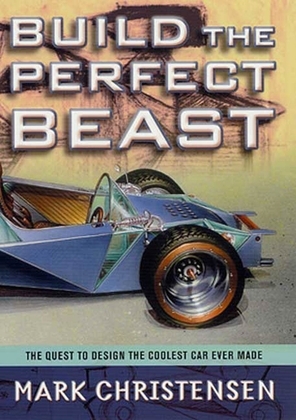 Mark Christensen grew up with a simple dream-to build a 600 horsepower suicide machine able to accelerate from zero to sixty in less time than it takes to read this sentence. When a friend offers him $100,000 to realize that dream, Christensen enlists Nick Pugh, the best young auto designer in the country. An idealistic, charismatic, twenty-two year old star student from the celebrated Art Center for Design in Pasadena, Pugh shows Christensen his sketches of the Xeno I-drawings that are stunningly original and strangely familiar-"as if they were the best ideas I never had." Thus inspired, the author sets out to assemble a "best of the best" group of engineers, mechanics and fabricators.

But the dream becomes grander and the designs of the Xeno evolve spectacularly after the endlessly hard working utopian Pugh develops an ingenious method for automobiles to triple their driving range. And as new and wilder Xenos fly from Pugh's monster imagination, nothing seems impossible. That is until the author discovers that $100,000 may not even pay for the hubcaps that Pugh has envisioned.

Build the Perfect Beast is a window into 21st century technology and cutting edge design at its most relevant and bizarre-an epic odyssey about craft, cars, opportunity and ambition that sizzles like American Graffiti on acid. This is a classic tale of chasing down the American dream.