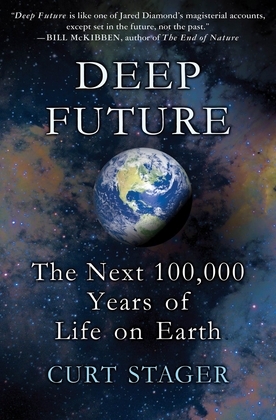 A bold, far-reaching look at how our actions will decide the planet's future for millennia to come.

Imagine a planet where North American and Eurasian navies are squaring off over shipping lanes through an acidified, ice-free Arctic. Centuries later, their northern descendants retreat southward as the recovering sea freezes over again. And later still, future nations plan how to avert an approaching Ice Age... by burning what remains of our fossil fuels.

These are just a few of the events that are likely to befall Earth and human civilization in the next 100,000 years. And it will be the choices we make in this century that will affect that future more than those of any previous generation. We are living at the dawn of the Age of Humans; the only question is how long that age will last.

Few of us have yet asked, "What happens after global warming?" Drawing upon the latest, groundbreaking works of a handful of climate visionaries, Curt Stager's Deep Future helps us look beyond 2100 a.d. to the next hundred millennia of life on Earth.