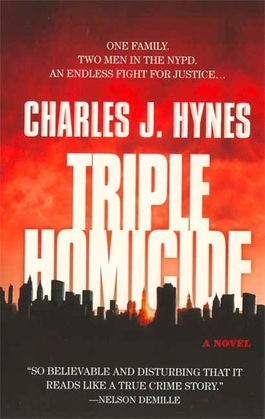 The debut novel from longtime Brooklyn district attorney Charles "Joe" Hynes, Triple Homicide is the gritty saga of two generations of New York City police officers fighting to stay on the right side of the law.
In the early 1990s in New York, easy money stands to be made at every turn, and temptation proves a bitter struggle for the young and much-decorated NYPD Sergeant Steven Holt---and for Steven and his uncle Robert, an officer before him, an increasingly violent mess endangers their careers and the reputation of the entire department.
Born out of real stories of corruption and centered around two men who ultimately dare to challenge the fabled "blue wall" of silence, the novel works toward a majestic courtroom on Long Island, where Sergeant Holt is about to stand trial for triple homicide and where, as he comes to know his past, he'll learn that nothing he's known has ever been as it seemed.
In its intense telling by one of the only writers who could write it with such realism, the story uncovers decades of deceit and corruption that infiltrate families and threaten to ruin the force. Reflecting the proud yet troubled history of the NYPD, Charles Hynes's debut is a searing, up-close portrait of the men and women who live---and die---in the pursuit of criminal justice.