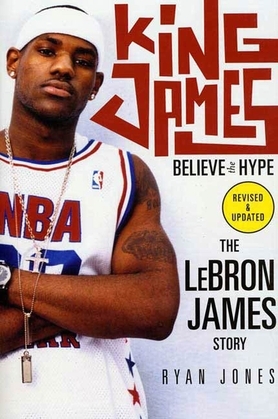 LeBron James is a six-foot-eight gift from the basketball heavens. For the past three years he was the undisputed finest high school player in America. He was the one NBA scouts drooled over, corporations dreamt of, event promoters begged for, and now NBA fans clamor after. With appearances on the cover of Sports Illustrated and features on ESPN and in newspapers across the country, never before has a high school basketball player been so highly touted or an eighteen-year-old athlete been the subject of such fascination. In fact, no basketball player in the world has had this level of attention this year. Love him or hate him, there is no denying that LeBron James is a force on the basketball court, and his rags-to riches story is the stuff that dreams are made of.

Now, for the first time, author Ryan Jones has written a book that incorporates everything that is King James: the controversy, the athletic potential, the jerseys and the Humvee, the hobnobbing with the world's most famous stars, the money, and, of course, the game. This is a book for every fan of LeBron James and for anybody interested in reading about an NBA basketball career in the making.