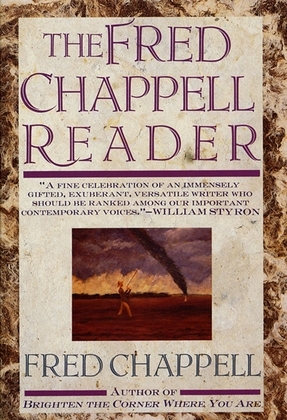 Fred Chappell is one of our most brilliant and versatile authors, with many novels, short stories, and volumes of poetry to his credit. This anthology bears witness to the scope of his career: a rich body of narrative and lyrical fictions ranging over history, mythology, science, philosophy, and Chappell's own life. He has been recognized as a storyteller "to put on the shelf with Mark Twain, William Faulkner, and Eudora Welty" (The Washington Post). The Fred Chappell Reader is full of stories, including a complete novel, Dagon; substantial portions of four other novels; several short stories (two of which are previously uncollected); and poems culled from his books, an achievement for which Chappell shared (with John Ashbery) the prestigious Bolligen Prize in 1985.

Here is an important and thoroughly rewarding selection of work by a major American writer.