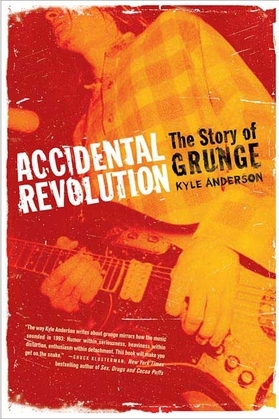 Nirvana, Pearl Jam, Hole and Alice in Chains are the names that come to mind when we talk about grunge. But never before has there been a complete history of grunge with razor-sharp critical analysis?until now.

Grunge, a style of music that wed classic rock riffs with punk ethos, was the musical movement that defined the 90's and left an indelible mark on the music scene at large. But how did this musical phenomenon emerge from the Seattle underground to become a universal beacon of despair for millions of restless kids around the globe, and why did it resonate with so many disenchanted outsiders?

Kyle Anderson answers these questions and more, examining the connection between grunge and punk, how Kurt Cobain's disdain for Axl Rose propelled Nirvana to instant success, the singer who officially killed off grunge with his trite lyrics and pseudo-grunge attitude and the band the ripped off Pearl Jam, made millions of dollars by selling out to the media and went on to become the most hated band ever.

Accidental Revolution is an essential guide to the triumphs and defeats of a musical revolution and its unforgettable icons.