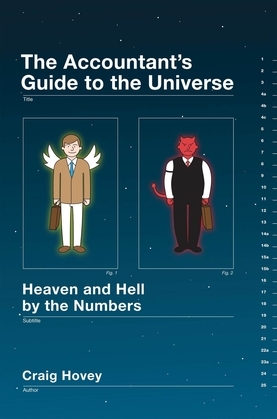 The Accountant's Guide to the Universe

They said it couldn't be done, but The Accountant's Guide to the Universe is the first entertaining book on accounting written for a general audience.

The book opens with a wild premise: Heaven and Hell have been outsourced to a giant company in a distant galaxy and they are now in charge of determining who goes where after death. The entire universe is scoured for an objective system that can be adapted to the task, and it is found, in the form of accounting, in the least civilized backwater of the universe, Earth!

The book is also a morality tale. It demonstrates how financial scandals (a la Bernie Madoff and many others) can be pulled off with "creative accounting," and how much a person adds or subtracts from the universe by their actions.

Written for anybody who has taken an accounting class, practices it for a living, or is simply interested in seeing how a system designed to record finances can also be used to judge the entire universe will be enlightened by The Accountant's Guide to the Universe.