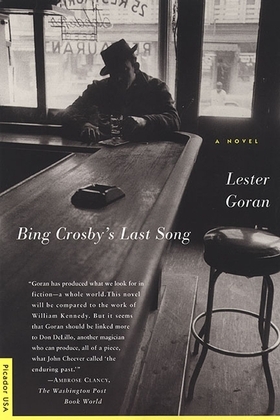 A novel by the author of The New York Times Notable Book, Tales from the Irish Club

It is June 1968: Robert Kennedy has just been murdered, the streets are simmering with discontent, and the Irish community of Oakland Park in Pittsburgh is being swept away by change. Daly Racklin becomes the reluctant leader of a dying neighborhood, culture, and people. He is at once a man torn by his father's omnipotent shadow and the struggles of his own heart, and as his elevated position brings him from one home to another he increasingly discovers the importance of what he sees disappearing. Bing Crosby's Last Song is a hilarious, touching, heartwrenching story of survival and love, a community's demise and a wanderer's rebirth. Full of barroom lore, hard-bitten wisdom, wry humor, and faith tempered by skepticism, this novel will delight readers of William Kennedy and Frank McCourt.