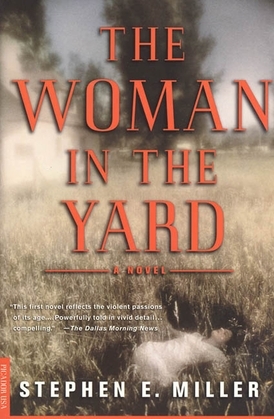 The Woman in the Yard

Set in the Deep South in 1954, this is a gripping literary tour de force, in the tradition of Montana 1948 and Peter Dexter's Paris Trout about a series of murders in a small town that reveals the tidal wave of social change sweeping over America at the time of integration

"He stopped at the first good place he found. After all, he had just killed someone. He was scared. He wanted to get rid of the evidence. He parked the truck with its back to the river and sat there for a second. No traffic. If it was night he'd be invisible back in the tangle of scrub. He went to the edge of the bank and tried to imagine throwing Cora Snow into the high water of the Cape Fear."

Acting Sheriff Q.P. Waldeau has returned from his tour of duty in Korea to the small coastal town of Wilmington, North Carolina. Eager to build a career in law enforcement, Waldeau confronts the challenge of a lifetime when the body of a black prostitute washes up out of Cape Fear. When the first suspect must be released for lack of evidence, Waldeau vows to pursue the case in the face of his colleagues' willful disinterest in the fate of a poor black woman. But when the killer strikes again and one of his victims is a white woman, racial tensions -- exacerbated by the passage of "Brown vs. the Board of Education" -- explode. As the trail begins to lead to several well-to-do white men, Waldeau finds his life -- and that of the woman he has come to love -- in serious jeopardy. The violent and surprising conclusion rends forever the social fabric of a small North Carolina town and foreshadows the coming of the New South.