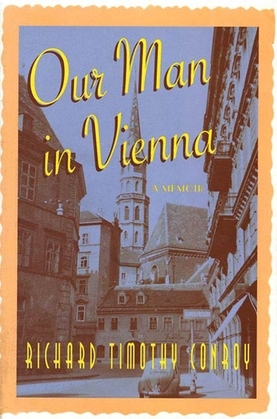 Our Man in Vienna

The wit and charm that marked Our Man in Belize enlivens Richard Timothy Conroy's new "diplomatic memoir," in a posting that couldn't have a more different location. But the wheels of lower-level diplomacy, it turns out, turn at the same rate whatever the setting. Plucked from the cost of Central America and put down in post-World-War II Vienna, land of Der Rosencavalier and whipped cream cakes, Conroy still was "not mentioned in dispatches" (or at least, not complimentary ones) but even a lowly vice-consul could do some good in people's lives.

Take, for example, his effort to help a woman flee Vienna after she reported that someone was sneaking into her room and slicing off a bit of her foot each night. Or the unfortunate Austrian whose visa application had been rejected three previous times, with no explanation. Conroy discovered that there was a picture of the man in a Red Army sergeant's uniform. Turned out the man had conned a gullible Red Army soldier to lend him the uniform for a snapshot, and an equally gullible group of Russian border guards that he was an undercover Red agent posing as (what he really was) an export-import businessman. Nobody before Conroy had bothered to ask for an explanation.

In between similar tales of deep diplomatic deed and misdeed, the author gives his readers an imitable take on the Vienna of those days. Want to buy a second-hand piano? Some inexpensive paintings? How about -- above all -- that famous Viennese food and beer? You could have found it there with Conroy as your guide; failing that, his account of those days is just as rewarding and not nearly as fattening.