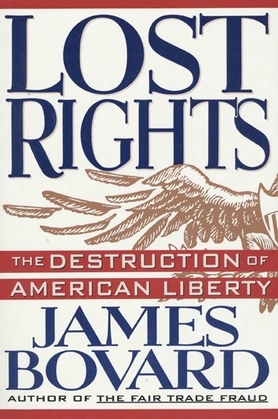 From Justice Department officials seizing people's homes based on mere rumors to the IRS and its master plan to prohibit the nation's self-employed from working for themselves to the perpetrators of the Waco siege, government officials are tearing the Bill of Rights to pieces. Today's citizen is now more likely than ever to violate some unknown law or regulation and be placed at the mercy of an administrator or politician hungering for publicity. Unfortunately, the only way many government agencies can measure their "public service" is by the number of citizens they harass, hinder, restrain, or jail.

James Bovard's Lost Rights provides a highly entertaining analysis of the bloated excess of government and the plight of contemporary Americans beaten into submission by a horrible parody of the Founding Fathers' dream.