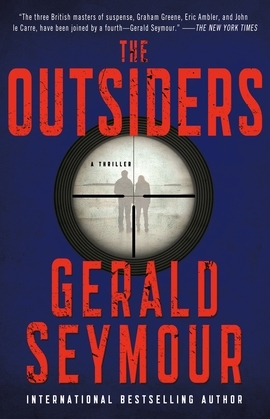 MI5 officer Winnie Monks has never forgotten - or forgiven - the brutal murder of a young agent on her team at the hands of a former Russian Army officer turned fixer and criminal known as the Major. Now, ten years later, she learns that the Major is travelling to a villa at the popular Spanish holiday destination Costa del Sol, and she asks permission to send in a surveillance unit.

The spooks locate an empty property near the Major's: the Villa Paraiso. It's perfect to spy from - and as a base for Winnie's darker, less official, plans.

But it turns out the villa isn't deserted. The owners have invited a young British couple to house sit while they are away. Jonno and Posie, a new couple, think they are embarking on a romantic, carefree break in the sun. But when the MI5 team arrives in paradise, everything changes?their holiday is about to become a terrifying journey into the violent global business of organized crime in The Outsiders by Gerald Seymour?a sophisticated thriller from a renowned master.