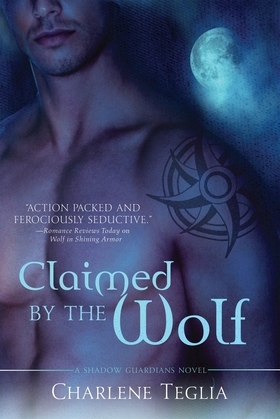 Claimed by the Wolf

They guard humanity against supernatural threats from the five gateways into the world. The Shadow Guardians: a vampire, a werewolf, a demon, a dragon and a fae are united in brotherhood? and war.
Shadow Guardian Kenrick is an alpha werewolf forever in his prime. When Sybil, a beautiful apprentice witch, unknowingly opens a realm to the Otherworld, there is a sudden influx of demons?and it's up to Kenrick to help her stop them. Soon their passion flares and Kenrick desires Sybil as his mate. But to form their union, Sybil faces the ultimate test: She must bind herself to the Shadow Guardians by sharing herself with all five warriors.