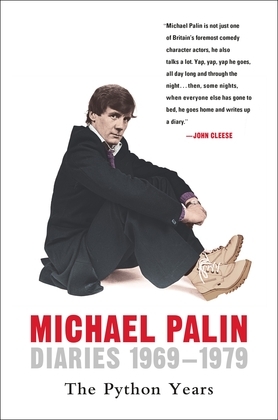 The amazingly insightful, funny and brilliant record of Michael Palin's prime years as a member of the famed comedic group, Monty Python.

Michael Palin has kept a diary since newly married in the late 1960s. This volume of his diaries reveals how Python emerged and triumphed, how he, John Cleese, Graham Chapman, the two Terrys---Jones and Gilliam---and Eric Idle came together and changed the face of British comedy.

But this is but only part of Palin's story. Here is his growing family, his home in a north London Victorian terrace, which grows as he buys the house next door and then a second at the bottom of the garden; here, too, is his solo effort---as an actor, in Three Men in a Boat, his writing endeavours (often in partnership with Terry Jones) that produces Ripping Yarns and even a pantomime.

Meanwhile Monty Python refuses to go away: the hugely successful movies that follow the TV (his account of the making of both The Holy Grail and the Life of Brian movies are page-turners), the at times extraordinary goings-on of the many powerful personalities who coalesced to form the Python team, the fight to prevent an American TV network from bleeping out the best jokes on U.S. transmission, and much more---all this makes for funny and riveting reading.

The birth and childhood of his three children, his father's growing disability, learning to cope as a young man with celebrity, his friendship with George Harrison, and all the trials of a peripatetic life are also essential ingredients of these diaries. A perceptive and funny chronicle, the diaries are a rich portrait of a fascinating period.

"A wealth of fascinating stuff about Monty Python."
---The Independent (UK)