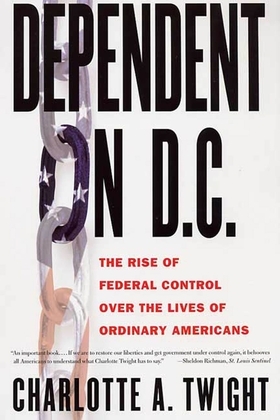 Dependent on D.C. raises serious concerns about the future of liberty in America and proves beyond a doubt that the growth of dependence on government in the past seventy years has not been accidental, that its creation has been bipartisan, and that it is accelerating. Twight shows how growing federal power--driven by legislation, validated by Supreme Court decisions, and accelerated by presidential ambition--has eroded the rule of law in our nation, leaving almost no activity that the central government cannot at its discretion regulate, manipulate, or prohibit. Dependent on D.C. shows why Americans have not resistedthis expansion of federal power. In these uncertain times, Dependent on D.C. is the book Americans need to read when thinking about the future of their individual liberty.