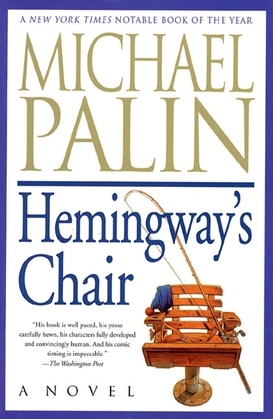 Martin Sproale is an assistant postmaster obsessed with Ernest Hemingway. Martin lives in a small English village, where he studies his hero and putters about harmlessly--until an ambitious outsider, Nick Marshall, is appointed postmaster instead of Martin. Slick and self-assured, Nick steals Martin's girlfriend and decides to modernize the friendly local office by firing dedicated but elderly employees and privatizing the business. Suddenly, gentle Martin is faced with a choice: meedly accept defeat as he always has, or fight for what he believes in, as his hero, Hemingway, would.
Filled with Michael Palin's trademark wit and good humor, this novel is for anyone who has ever dreamed of triumphing over the technocrats and backstabbers of the world. Hilarious, touching, and ultimately inspirational, Hemingway's Chair will make readers stand up and cheer.