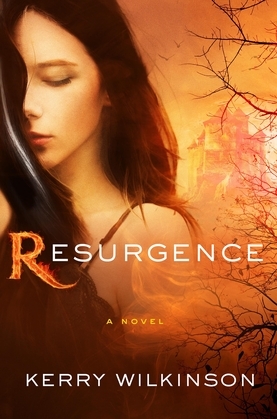 "Can I ask you one thing...why does it have to be you?"
My throat is dry but I manage to say the words clearly enough: "If I don't do it, who else will?"

An entire country has been lied to.

Silver Blackthorn was supposed to be one of the privileged few, chosen to serve and help rebuild a shattered nation.

Instead, she is a rebel.

Tales of her defiance have spread across the land. King Victor and the Minister Prime want her dead, the resistance groups are desperate for her help.

But Silver's friends and family are in dire jeopardy; hiding is no longer an option.

As her travels take her into the far reaches of an unknown land, she is forced to make new friends and hunt for new allegiances.

Final battle lines are being drawn. The time has come.

Then there's the hardest choice of all: Opie or Imrin.

Resurgence is the third and final novel in Kerry Wilkinson's The Silver Blackthorn trilogy.