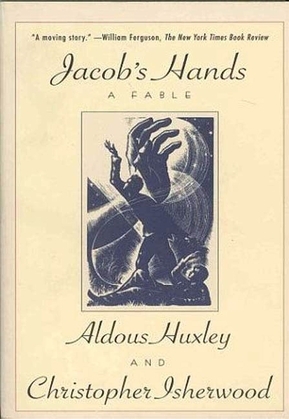 Jacob Ericson is a quiet, kind and somewhat simple man who works as a ranch hand for crotchety Professor Carter and his crippled daughter, Sharon, in California's Mojave Desert in the 1920s. Jacob is a good man, genuine, honorable, but hardly extraordinary?until he miraculously heals a dying calf with his hands.

However, while he is content to cure the town's animals, it isn't long before he is persuaded to use his gift in other ways. When Sharon, whom he adores, begs him to heal her leg, he cannot deny her.

His acquiescence causes them both to be exploited. Sharon runs away to Los Angeles to pursue her dreams of stardom. Jacob follows her, hopeful that they will meet again. And they do?as miserable performers in a seedy stage show. While they plan their escape from the dreary stage life, Jacob is asked to heal a self?absorbed young millionaire. And with his assent, Jacob's plans and all of his dreams begin to crumble.

Written in tight, vivid, and seamlessly crafter prose, this previously unpublished tale by two of the greatest storytellers of the twentieth century shows the dangers a magical gift holds for even the noblest of characters.