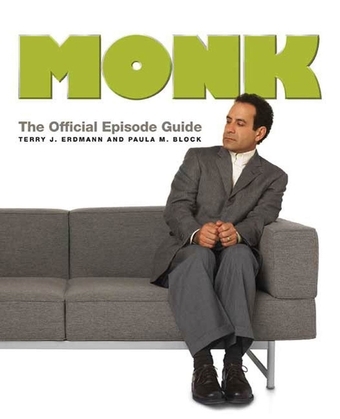 Monk is one of the most popular series currently on television. Fans have come to enjoy the antics and erstwhile efforts of obsessive-compulsive Adrian Monk, who was once a rising star with the San Francisco Police Department until the tragic murder of his wife pushed him to the brink of a breakdown. This authorized guide covers the first four extraordinary seasons and is complete with a foreword from the show's creator, Andy Breckman, as well as an afterword from the show's star.

Authors Terry J. Erdmann and Paula M. Block were granted exclusive interviews, behind-the-scenes secrets, and total access to the scripts and sets to bring a comprehensive look at one of today's most brilliant defective detectives.

This is the ultimate book for fans of Monk!