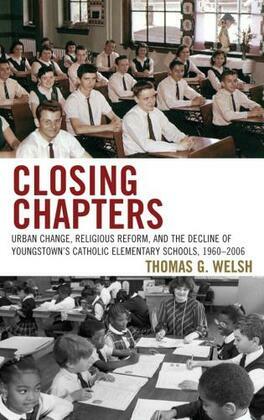 Closing Chapters attempts to explain the disintegration of urban parochial schools in Youngstown, Ohio, a onetime industrial center that lost all but one of its eighteen Catholic parochial elementary schools between 1960 and 2006. Through the examination of Youngstown, Welsh sheds light on a significant national phenomenon: the fragmentation of American Catholic identity.