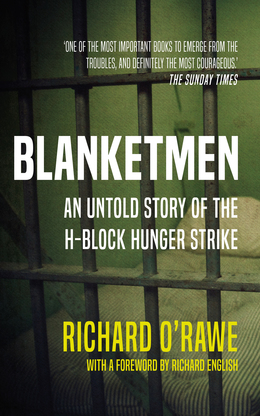 ‘I was told in 1991 that I could be shot for opening my mouth. But I am convinced that the truth should be told and that I have a duty to the dead hunger strikers to explain fully the events that led to their deaths.’

Richard O’Rawe was a senior IRA prisoner in the H-Blocks of Long Kesh Prison. One of the ‘Blanketmen’, he took part in the dirty protests that led to the hunger strikes of the early 1980s.

In Blanketmen, O’Rawe gives his personal account of those turbulent times that saw British and Irish governments entering unprecedented negotiations with the IRA Army Council and the prisoners themselves. Passionate, disturbing and controversial, this remains a landmark book in the cruel history of Northern Ireland.

After ten years, and the release of historical state and personal papers, Richard O’Rawe’s assertions in Blanketmen have been vindicated. He has been married to Bernadette for forty years, has three grown-up children, and still lives in west Belfast.