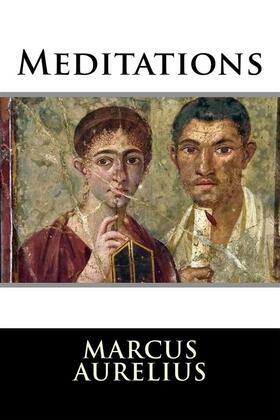 by Marcus Aurelius (Author)
Buy for €0.99 Excerpt
Nonfiction Human science Philosophy Epistemology
warning_amber
One or more licenses for this book have been acquired by your organisation details

Meditations is a series of personal reflections by Marcus Aurelius, Roman Emperor 161–180 CE, written over a series of years in far-flung places as he led the Romans in military campaigns, quashed revolts, and dealt with the other tribulations of governing the Empire. It is best described as a spiritual journal, containing a record of the emperor's philosophical exercises. Aurelius wrote the 12 books of the Meditations as a source for his own guidance and self-improvement. The writings take the form of quotations varying in length from one sentence to long paragraphs. He covers topics as diverse as the question of virtue, human rationality, the nature of the gods, and his own emotions, spanning from doubt and despair to conviction and exaltation. Aurelius also sets forth his ideas on Stoic philosophy.

The influence Meditations has had over centuries of thought is immeasurable. This "unendingly moving and inspiring" work is often cited alongside Jean Jacques Rousseau’s Confessions and St. Augustine’s Confessions in discussions of the most profoundly spiritual works outside of the Bible.