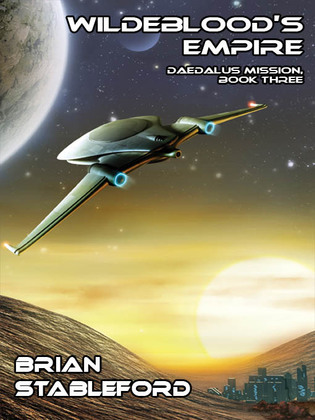 hey call them the "rat-catchers." They're the crew of the spaceship Daedalus, which a declining Earth has sent to re-establish contact with its long-lost colonies. Biologist Alex Alexander, together with his staff, must help solve the mysteries of human and alien ecosystems that they encounter far from home. On the world called Wildeblood, named for the ecologist/Emperor who founded it, the settlers' descendants harbor a terrible secret--a secret that Alex must uncover, if the colony is to survive. But he must also make contact with the world OTHER intelligent species, something that will take time--time that the colonists are determined not to give him. And even if can solve the biological problem, what about the diplomatic one? The Daedalus Mission, Book Three.