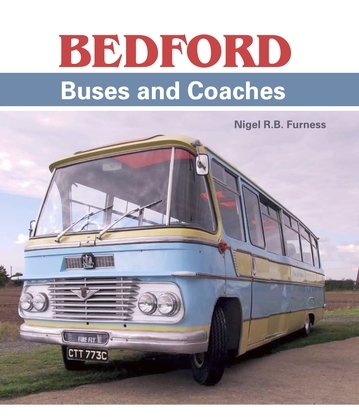 Bedford Buses and Coaches provides a detailed review of the entire range of purpose-built Public Service Vehicle (PSV) bus and coach chassis that carried the Bedford name from 1931 until production ceased in 1986. Bedfords were once a familiar sight on the roads not only of the United Kingdom, but throughout the world. They were produced in such volume that the advertising slogan 'You see them everywhere' was quite legitmately adopted by Vauxhall Motors, the manufacturer of Bedford vehicles. Fully illustrated thoughout with hundreds of photographs, the majority in colour, the book includes detailed descriptions of the Bedford petrol and diesel engines and other manufacturers engines used in Bedford bus and coach chassis. Detailed specifications and production histories are given for all the full-size passenger chassis including the WHB/WLB, WTB, OB/OWB, SB, VAS, VAL, VAM, Y-series and the Venturer. Road tests and owners' experiences are covered along with advice on buying and restoring a Bedford bus or coach. This book will be of great interest to all bus enthusiasts and historians and is superbly illustrated with 200 colour and 50 black & white photographs.