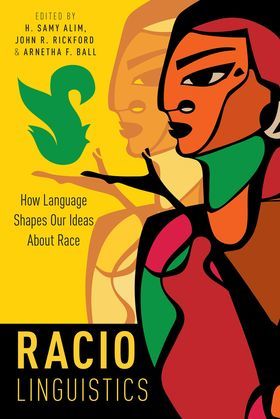 Raciolinguistics reveals the central role that language plays in shaping our ideas about race and vice versa. The book brings together a team of leading scholars-working both within and beyond the United States-to share powerful, much-needed research that helps us understand the increasingly vexed relationships between race, ethnicity, and language in our rapidly changing world. Combining the innovative, cutting-edge approaches of race and ethnic studies with fine-grained linguistic analyses, authors cover a wide range of topics including the struggle over the very term "African American," the racialized language education debates within the increasing number of "majority-minority" immigrant communities in the U.S., the dangers of multicultural education in a Europe that is struggling to meet the needs of new migrants, and the sociopolitical and cultural meanings of linguistic styles used in Brazilian favelas, South African townships, Mexican and Puerto Rican barrios in Chicago, and Korean American "cram schools" in New York City, among other sites.

Taking into account rapidly changing demographics in the U.S and shifting cultural and media trends across the globe--from Hip Hop cultures, to transnational Mexican popular and street cultures, to Israeli reality TV, to new immigration trends across Africa and Europe--Raciolinguistics shapes the future of scholarship on race, ethnicity, and language. By taking a comparative look across a diverse range of language and literacy contexts, the volume seeks not only to set the research agenda in this burgeoning area of study, but also to help resolve pressing educational and political problems in some of the most contested raciolinguistic contexts in the world.