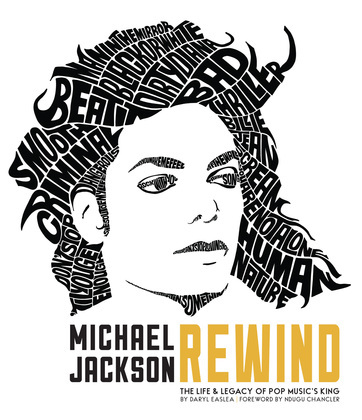 The Life and Legacy of Pop Music's King
de Daryl Easlea (Autor)
Comprar por 40,00 $ Extracto
No Ficción Biografía y autobiografía Artes escénicas y entretenimiento
warning_amber
One or more licenses for this book have been acquired by your organisation details

Relive the incredible history of the King of Pop in reverse. Michael Jackson: Rewind charts the life to Michael from his tragic, unexpected passing to his childhood.

By the time Michael Jackson passed away in 2009, he had sold an estimated 750 million records worldwide over his career. He had won 26 American Music Awards and 13 Grammy Awards as well as the Grammy Lifetime Achievement Award, and was ranked number three, after The Beatles and Elvis Presley, of best-selling music artists. Five years after his death, the net worth of his estate is more than 600 million dollars. He is, without a doubt, one of the most popular - and controversial - artists of all time. Now, for the first time ever, author Daryl Easlea will explore the life and history of Michael Jackson... in reverse.

Starting with his tragic death and rewinding to his early hits with the Jackson 5 and life in Gary, Indiana, this is a complete illustrated history of the King of Pop: his genius, his life, and his demons. Loaded with over 300 images, a timeline of his life, a complete discography, and more, this is the must-have book for any Michael Jackson fan.