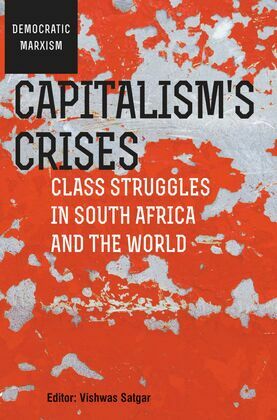 The contributors to this volume draw on a non-dogmatic Marxist approach to explain the systemic and conjunctural dynamics of crisis inherent in global capitalism. Their analysis asks what is historically specific to capitalism's crises while avoiding catastrophic or defeatist claims. At the same time the volume situates left agency within actual patterns of resistance and class struggle to clarify the potential for transformative change.

The cycle of resistance strengthened by the World Socal Forum and transnational activism is now punctuated by the experience of the Arab Spring, the agency of anti-systemic movements, left think tanks, the Occupy Wall Street Movement, labour unions, left parties in Europe such as Syrizia and Podemos and peoples' budgeting in Kerala, India. On the down side, we are witnessing the waning of the Workers Party in Brazil and serious challenges for South Africa's once powerful labour movement and still formative social justice activism. All these developments are assessed in this volume.

This is the second volume in the Democratic Marxism series. It elaborates on crucial themes introduced in the first volume, Marxism in the 21st Century: Crisis, Critique and Struggle (edited by Michelle Williams and Vishwas Satgar).