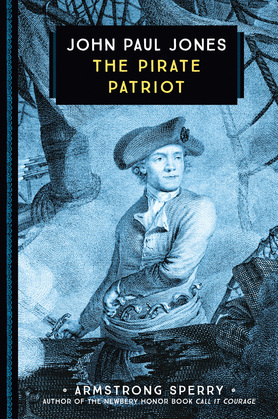 A classic biography of John Paul Jones for young readers in a new, illustrated edition.

Called a pirate by the British and a patriot by the Americans, John Paul Jones was a brilliant sea captain, a true American hero, and the father of the U.S. Navy. With this classic biography for young readers by Newbery Medal winner Armstrong Sperry, readers will imagine themselves on deck at the side of the great captain, engaging enemy ships in close combat. Jones became an invaluable asset to the rebellious American colonists in their fight for independence when he offered his services to the newly established Continental Navy. In a barely seaworthy ship, the Bonhomme Richard, named in honor of his benefactor Benjamin Franklin, Jones harassed and captured British ships and took cargoes desperately needed by the impoverished rebels. Sperry draws a full and brilliant portrait of America's first naval hero.