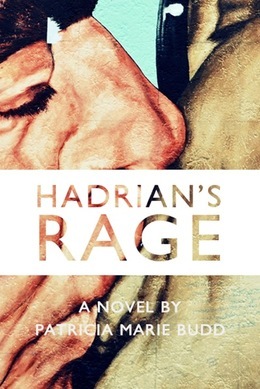 What if accepting yourself meant being rejected by everyone you knew? In the twenty-second century, the country of Hadrian struggles to be an example to the world while continuing its isolationist policy. It is a country where being homosexual is the norm and preferred sexual orientation, while heterosexuals are blamed for overpopulating the earth and destroying the environment. But despite genetic engineering of the population by Hadrian's scientists, there are still those who struggle with heterosexual feelings and when they act upon them, they are severely punished. Todd Middleton was one who broke Hadrian's law-and his best friend and lover Frank Hunter murdered him rather than see him experience further violent sexual reeducation attempts. Now Frank is sentenced to a lifetime of military service for his actions. Meanwhile, more heterosexuals are trying to stand up for themselves amid rage and intolerance. Straight men and women face discrimination, loss of jobs and livelihood, abandonment by friends, and even rape and murder at the hands of ignorant homosexual fanatics. But a small group of activists band together to combat the rage and hate that surrounds them. When they are joined by Hadrian's last surviving founder, and the star of a major national news program, things begin to fall apart for Hadrian's conservatives. But will those promoting the heterosexual agenda go too far, reversing what Hadrian has accomplished and causing it to break apart and descend into madness like the rest of the planet? Hadrian's Rage, a sequel to Hadrian's Lover, offers shocking surprises and answers that will make you rethink everything you thought was or should be normal. Praise for Hadrian's Rage Tyler Tichelaar, Superior Book Productions: "I thought Budd's previous book, Hadrian's Lover, a powerful and highly imaginative novel, but Budd has now superseded it. Hadrian's Rage leaves me in awe. I don't think anyone who reads this book will ever forget it, and hopefully, it will help to change the world, one heart at a time." International Praise for Hadrian's Lover Named Editor's Choice for September 2013 by So So Gay: "Beautiful, heart-wrenchingly poignant, and brilliantly conceived." - Jake Basford, So So Gay, London, England "Hadrian's Lover inspires internal debate and thought. As a text in a high school classroom it would do wonders and possibly change the world." - Drew Rowsome, My Gay Toronto, Ontario, Canada