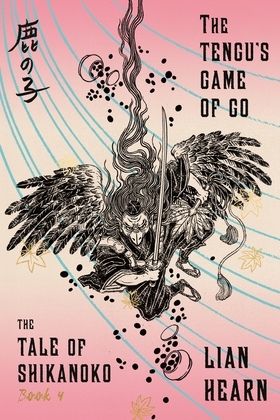 The Tengu's Game of Go

An epic four-volume adventure in mythical medieval Japan: a world of warriors and assassins, demons and spirits

In The Tengu?s Game of Go, the final book of Lian Hearn's epic Tale of Shikanoko--all of which will be published in 2016--the rightful emperor is lost; illness and murder give rise to suspicions and make enemies of allies. Unrest rules the country. Only Shika can end the madness by returning the Lotus Throne to its rightful ruler.

As destiny weaves its rich tapestry, a compelling drama plays out against a background of wild forests, elegant castles, hidden temples, and savage battlefields. This is the medieval Japan of Lian Hearn's imagination, where animal spirits clash with warriors and children navigate a landscape as serene as it is deadly.