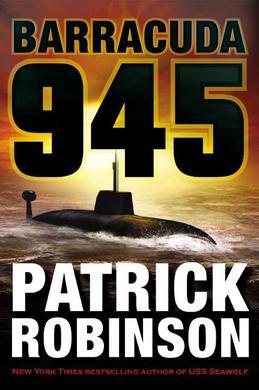 Iranian-born British Commando Major Ray Kerman was a rising star in the SAS -- until he abruptly switched loyalties while on a mission in the Middle East. Fanatically determined to employ his brilliant talents and training in the destruction of those he once swore to protect, he is now General Ravi Rashood, leader of the world's most vicious terrorist organization -- and he has found his ultimate weapon: Barracuda 945. A sleek and silent Russian hunter-killer nuclear submarine that can fire land-attack guided missiles from below the ocean's surface, it is invisible to all pursuers and virtually impossible to track. Yet Admiral Arnold Morgan, the President's National Security Adviser, must somehow marshal America's forces and hunt down this 8,000-ton nightmare of modern warfare before it unleashes its fire and death . . . or the first target to fall will be California.