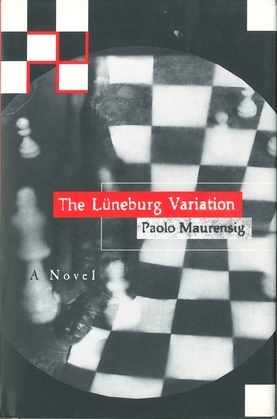 "Not since White Knights of Reykjavik, George Steiner's riveting account of the 1972 world championship match between Boris Spassky and Bobby Fischer, has a writer demonstrated such stunning insight into the nurturing madness that compels chess play at the master level." - Publishers Weekly

At the opening of this amazing fiction from Paolo Maurensig, The Luneburg Variation, a cadaver is discovered, the body of a wealthy businessman from Vienna, apparently a suicide without plausible motivation. Next to the body is a chessboard made of rags with buttons for pieces whose positions on the board may hold the only clue. As the plot of this passionately colored, coolly controlled thriller unfolds, we meet two chess players--one a clever, persecuted Jew, the other a ruthless, persecuting German--who have faced each other many times before and played for stakes that are nothing less than life itself.