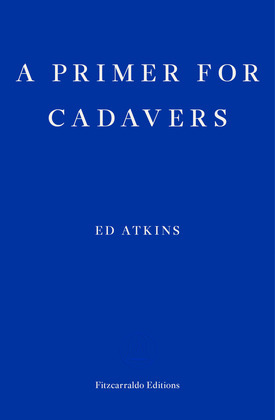 A Primer for Cadavers

One of the most widely celebrated artists of his generation, Ed Atkins makes videos, draws, and writes, developing a complex and deeply figured discourse around definition, wherein the impossibilities for sufficient representations of the physical, specifically corporeal, world - from computer generated imagery to bathetic poetry - are hysterically rehearsed.A PRIMER FOR CADAVERS, a startlingly original first collection, brings together a selection of his texts from 2010 to 2016. 'Part prose-poetry, part theatrical direction, part script-work, part dream-work,' writes Joe Luna in his afterword, 'Atkins' texts present something as fantastic and commonplace as the record of a creation, the diary of a writer glued to the screen of their own production, an elegiac, erotic Frankenstein for the twenty-first century.'