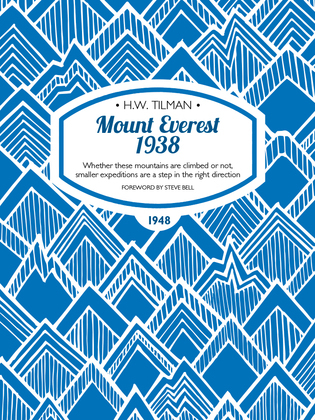 It’s 1938, the British have thrown everything they’ve got at Everest but they’ve still not reached the summit. War in Europe seems inevitable; the Empire is shrinking. Still reeling from failure in 1936, the British are granted one more permit by the Tibetans, one more chance to climb the mountain. Only limited resources are available, so can a small team be assembled and succeed where larger teams have failed?

H.W. Tilman is the obvious choice to lead a select team made up of some of the greatest British mountaineers history has ever known, including Eric Shipton, Frank Smythe and Noel Odell. Indeed, Tilman favours this lightweight approach. He carries oxygen but doesn’t trust it or think it ethical to use it himself, and refuses to take luxuries on the expedition, although he does regret leaving a case of champagne behind for most of his time on the mountain.

On the mountain, the team is cold, the weather very wintery. It is with amazing fortitude that they establish a camp six at all, thanks in part to a Sherpa going by the family name of Tensing. Tilman carries to the high camp, but exhausted he retreats, leaving Smythe and Shipton to settle in for the night. He records in his diary, ‘Frank and Eric going well—think they may do it.’ But the monsoon is fast approaching …

In Mount Everest 1938, first published in 1948, Tilman writes that it is difficult to give the layman much idea of the actual difficulties of the last 2,000 feet of Everest. He returns to the high camp and, in exceptional style, they try for the ridge, the route to the summit and those immense difficulties of the few remaining feet.