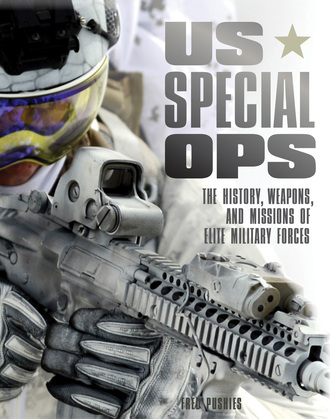 It's the inside scoop on US military special operations. From weapons, gear, missions, and commandos, learn every military secret from the eighteenth century to today.

Few aspects of the US military pique people's interest more than special ops. Due to the clandestine nature of their missions, weapons, and gear, these elite fighting forces are cloaked in an aura of intrigue that has only ratcheted upward with the expanded roles they have assumed in today's world, not to mention their recent and frequent appearances in film, books, and other mass media.

From the tomahawks used by Rogers's Rangers to special-ops legends like Col. Aaron Bank to Operation Neptune Spear and beyond, US Special Ops is a comprehensive, informative, and unique survey of all aspects of US special operations, past and present.