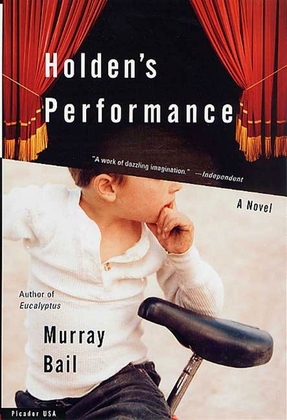 Holden's Performance by award-winning author Murray Bail is the story of Holden Shadbolt, a guileless and matter-of-fact innocent as he passes through the cities and landscape of Australia. His reassuring silent presence and photographic memory make him useful to men of power and women who appear to need his protection. He is surrounded by larger than life figures whose exploits and adventures Holden follows--ex-Corporal Frank 'Bloodnut' McBee, the scrap dealer who woos his mother; his uncle Vern, a shortsighted proofreader who likes facts and eating newspaper with is breakfast cereal; and the crippled artist Harriet, whose twists and curves appeal to Holden as he holds to his own unswervingly straight lines.