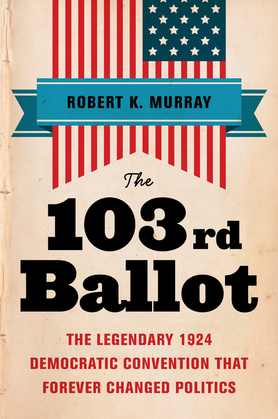 Divided over the contentious issues of Prohibition and the Ku Klux Klan, a fractured Democratic Party met in the summer of 1924 to elect a presidential nominee. With drastically opposing views between front-runners William Gibbs McAdoo of California and Governor Al Smith of New York, and the "favorite sons"—candidates running without national support—rigid division amongst the party led to the need for a 103rd ballot.

Robert Keith Murray expertly captures the upheaval of the convention and the detrimental impact it had on the party long after a candidate had been officially selected. This riveting narrative and exceptional analysis provides a captivating look on one of the most controversial presidential conventions in American history, one that will highly resonate with readers given the state of political dissonance today.