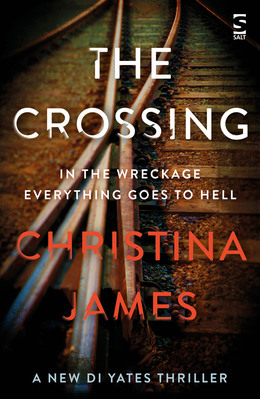 It is a foggy day. Ruby Grummett, a railway crossing keeper, opens the gates for a council lorry, thinking that the Skegness train has been cancelled, but it comes looming through the mists and hits the lorry, which is flung into the air. The train is derailed, one man is killed and another seriously injured, and Ruby’s house is destroyed. Is Ruby to blame for the accident, or was it caused by the railway company’s failure to warn that the train was late? DI Yates visits Ruby in hospital in an attempt to find out. There he meets her husband Bob and daughters Kayleigh and Philippa. Kayleigh, short and squat like her mother, works in a local factory. Philippa, tall and very blonde, attends Boston Grammar School. Bob is shifty and seems to be hiding something from the police. Both his brother Ivan and Councillor Start, a prominent local man, are helping him. Meanwhile, the head teacher at Spalding High School is strangely unconcerned when a prowler is reported loitering outside the school; Andy Carstairs’ new girlfriend tells him about an obscure all-male club that is allowed to meet at the school at weekends; and Juliet Armstrong, who has renewed her friendship with Dr Louise Butler, reopens the case of a Finnish au pair who disappeared twenty years before. These miscellaneous events appear to be unconnected until the remains of a child are discovered. Then all hell breaks loose. This is the fourth novel in the DI Yates series.