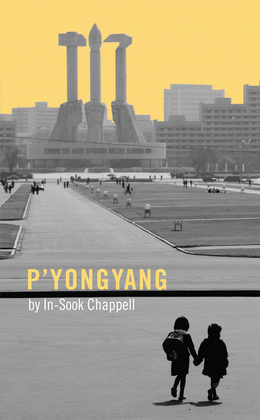 'We have to be careful, we can't trust anyone.

But, in the dark, your thoughts are your own.'

studios. But as those around them start to disappear and information from the outside world trickles in, the devoted Communists are forced to view their glorious homeland in a different light.

Written by award-winning, Korean-born playwright In Sook Chappell - who was inspired by a childhood visit to the Demilitarized Zone at the height of the Cold War and by the experiences of North Korean refugees - P'yongyang is a striking new work that was shortlisted for the 2013 Bruntwood Prize Award and received its world premiere at the Finborough Theatre in January 2016.

A play that pits hope against hunger.