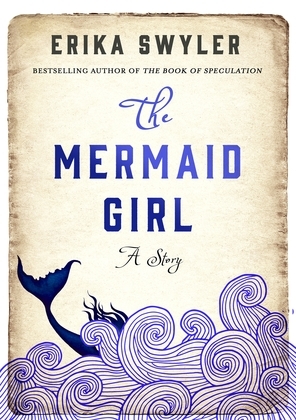 From Erika Swyler, author of The Book of Speculation?one of BuzzFeed?s Best Fiction Books of 2015-- a short story of a mermaid who ran away from the circus, and what happened when she started a life on land.

Before she was a suburban wife and mother, Paulina Watson was the Mermaid Girl of Carnival Lareille. She traveled everywhere with two boxes: the first with red sequins for the dress she wore as a magician?s assistant, the second with green sequins for her mermaid tail. She'd grown up on wild stories told by wild circus people. Books, she hadn?t had books until she?d found Daniel Watson and stopped moving.

The first time Daniel saw her, Paulina was floating in a glass tank, suspended in water that sparkled like it was made from night sky. She has settled down now, living in a house on a cliff on Long Island Sound with Daniel and their young family: six-year-old Simon and his baby sister, Enola. But if you steal the magician?s assistant from a carnival, how can you know if she?ll disappear?