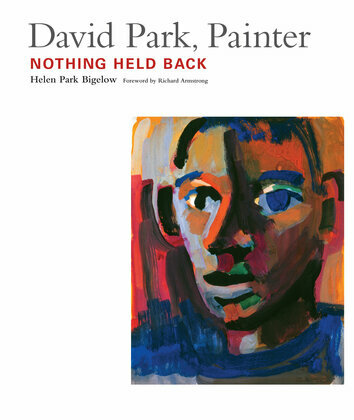 A mesmerizing, deeply moving portrait of the life and works of one of America's most important twentieth-century painters.

A half century after his death, David Park (1911–1960) is recognized as one of America's most important twentieth–century painters. He was the first of the brilliant post–World War II generation of artists to break with Abstract Expressionism's hegemony and return to painting recognizable subjects, most powerfully the human figure. Park's original cohorts of Bay Area Figurative painters were his close friends Richard Diebenkorn, Elmer Bischoff, and Hassel Smith. All outlived him—Smith by nearly fifty years—and enjoyed recognition and fame during their lifetimes. Park's reputation is just now fully coming into its own.

In David Park, Painter, Park's younger daughter, writer Helen Park Bigelow, paints a mesmerizing, deeply moving portrait of her father's life and early, difficult death. Park left high school in New England without graduating and came west in order to paint. He married Lydia (Deedie) Newell when he was nineteen and was the father of two by the time he was twenty–two. We are brought into a family rich with moral conviction, ingenuity, smart and gifted friends, music, and art: four complex people guided and inspired by values of integrity. Those same values guided and inspired David Park's painting.

Yet this is much more than an artist biography. David Park, Painter is a skillful blend of memoir and observations about life in the Bay Area just before and just after World War II, when some of America's most original, even radical, artists and writers gathered there. This close–up portrayal is unlike other accounts of artists. It is the story of a family built on the love and dedication of one man who held nothing back from his art, and of the spirit of the wife and daughters who supported him. Richard Armstrong, in reflecting on Park's generation of artists in his foreword to this beautiful book, observes that David Park, Painter is "especially valuable as we persist in seeking to make real and human the commanding artistic figures."