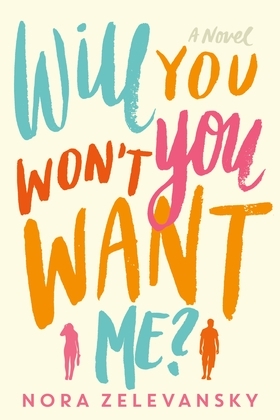 Will You Won't You Want Me?

Marjorie Plum isn't your average washed up prom queen. After all, her New York City prep school was too cool for a royal court. Yet, ten years after high school graduation, she is undeniably stuck in the past and aching for that metaphorical tiara.

But when her life takes an unexpected turn, she is forced to start over, moving in to a tiny box of an apartment in Brooklyn with a musician roommate who looks like a pixie and talks like the Dalai Lama. Desperate to pay rent, she starts tutoring a precocious 11-year-old girl-who becomes the unknowing Ghost of Marjorie Past, beginning a surprise-filled journey towards adulthood, where she learns about herself from the most unlikely sources: a rekindled childhood love, a grumpy (but strangely adorable) new boss, even her tutee.

In Nora Zelevansky's charming second novel, Will You Won't You Want Me?, Marjorie soon realizes only she can decide: who is the real Marjorie Plum?