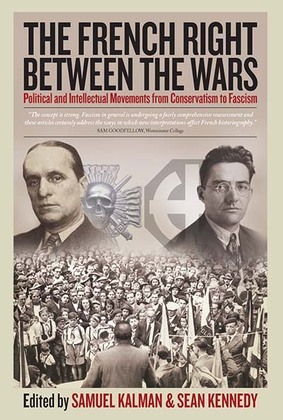 The French Right Between the Wars: Political and Intellectual Movements from Conservatism to Fascism

During the interwar years France experienced severe political polarization. At the time many observers, particularly on the left, feared that the French right had embraced fascism, generating a fierce debate that has engaged scholars for decades, but has also obscured critical changes in French society and culture during the 1920s and 1930s. This collection of essays shifts the focus away from long-standing controversies in order to examine various elements of the French right, from writers to politicians, social workers to street fighters, in their broader social, cultural, and political contexts. It offers a wide-ranging reassessment of the structures, mentalities, and significance of various conservative and extremist organizations, deepening our understanding of French and European history in a troubled yet fascinating era.