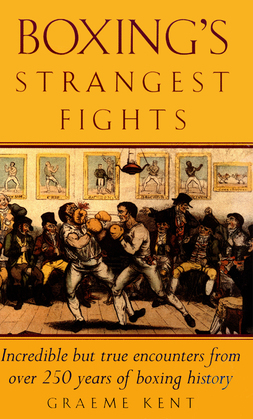 That boxing has always attracted colourful, larger-than-life figures is amply borne out by the bizarre collection of true stories gathered together in this fascinating book.Bringing together the rich history and folklore of the fight game, Graeme Kent, who first became interested in boxing after listening to the tales of his sporting grandmother, has amassed over a hundred events in over 250 years of the sport. These intriguing stories include that of the two boxers who scored a double knockout; the bout in which four different decisions were given, and the strange tale of the boxer who had part of his ear bitten off, as well as many other besides.In compiling this collection Graeme Kent has interviewed many fighters and followers of boxing, and the funny and sometimes tragic tales recounted here provide a rich and offbeat alternative history of this ever-popular sport.