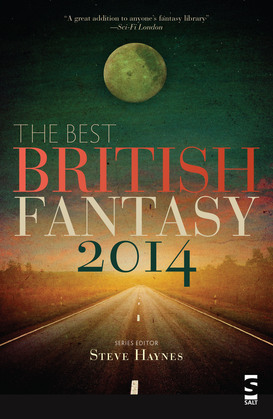 The stories in Best British Fantasy 2014 could be said to divide into 7 sci-fi and 7 fantasy. They are written by eight women and six men. There is only one author who returns from Best British Fantasy 2013 (with a very different story in a different genre). All have been published in 2013, either in popular genre magazines such as Interzone, or in anthologies. Many of the authors have won awards in the past or are nominated for recent work. In subject matter, the stories range from hard SF space travel, through near future Zero Hours social comment, to an alternate retelling of Theseus and the Minotaur, and a world where flowers whisper poems.