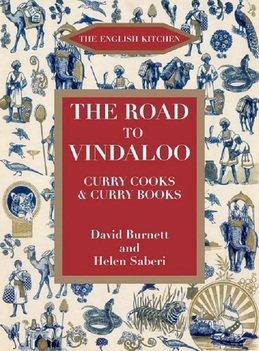 The Road to Vindaloo

A book tracing the development of Anglo-Indian cookery, in other words the curry, in English and Scottish cookery books from its earliest appearance in the 18th century through to modern works by Camilla Punjabi and Marguerite Patten. It wanders the lanes and byways of the British occupation of India, unearthing delightful accounts of Imperial eating and explaining how we have grown accustomed to the spice-box of the Raj. The broad intention is to reproduce early recipes for curry and accounts of Anglo-Indian food in their original words. The majority come from printed books, but some are drawn from manuscripts. The narrative traces our enjoyment of Oriental flavours from the 17th century through to the first appearance of a recipe for curry in Hannah Glasse in 1747.