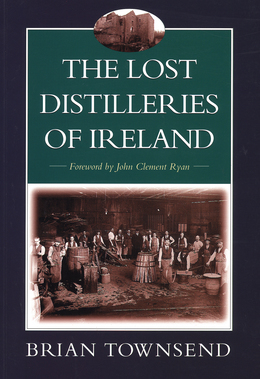 The Lost Distilleries of Ireland

by Brian Townsend (Author)
Buy for $18.99 Excerpt
Nonfiction History Other Social history History by country Europe Ireland
warning_amber
One or more licenses for this book have been acquired by your organisation details

Scotch may be the most popular whisky in the world today, but over a century ago, it was Irish whiskey which was most commonly drunk throughout the world. At the time of writing only three producing units exist at Midleton, Co Cork; Bushmills, Co Antrim and Cooley at Dundalk, Co Louth. In this book, Brian Townsend has meticulously researched the lost distilleries of Ireland and details what happened to them. In part I, he relates the origins of distilling in Ireland (an Arabic hand-down to Irish monks); the links with Scotland; the wild years when illicit distilling was rampant and shebeens proliferated as corruption increased; the coming of legitimacy and temperance; the development of the Coffey still (which ultimately helped to sink the industry); the golden years; and, prohibition in the USA and the emergence of the Free State in 1922. In part II, each distillery is listed and accompanied with archive photos and etchings. The list will include: Bow Street, John's Lane, Thomas Street, Marrowbone Lane, Jones Road and Phoenix Park (all Dublin); Monasterevan, Co Kildare; Tullamore, Brusna and Birr (all Co Offaly); Nun's Island, Galway; Limerick, Co Limerick; North Mall, Cork; Midleton, Glen and Bandon (all Co Cork); Bishop's Water, Wexford; Dundalk, Co Louth; Royal Irish, Avoniel and Irish, Belfast; Upper and Lower, Comber, Co Down; and, Coleraine and Limavady, Co Londonderry and Abbey Street and Waterside, Londonderry. Black and white contemporary and archive photographs accompany the text.