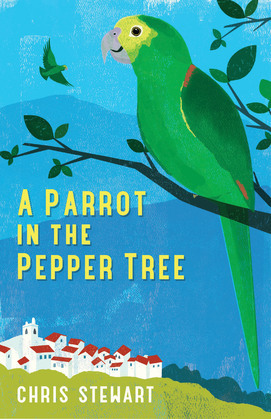 A Parrot in the Pepper Tree

Chris Stewart's DRIVING OVER LEMONS told the story of his move to a remote mountain farm in Las Alpujarras -- an oddball region of Spain, south of Granada. Funny, insightful and real, the book became an international bestseller.A PARROT IN A PEPPER TREE, the sequel to Lemons, follows the lives of Chris, Ana and their daughter, Chloe, as they get to grips with a misanthropic parrot who joins their home, Spanish school life, neighbours in love, their amazement at Chris appearing on the bestseller lists . . and their shock at discovering that their beloved valley is once more under threat of a dam.A Parrot in the Pepper Tree also looks back on Chris Stewart's former life -- the hard times shearing in midwinter Sweden (and driving across the frozen sea to reach island farms); his first taste of Spain, learning flamenco guitar as a 20-year old; and his illustrious music career, drumming for his schl band Genesis (sacked at 17, he never quite became Phil Collins), and then for a circus.