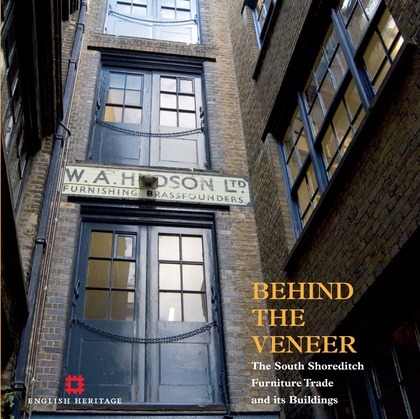 South Shoreditch lies just north of the City of London, at the centre of a band that has become known as the 'City Fringe'. The area's greatest architectural legacy arises from the furniture trade and for almost a century - from the mid-19th to the mid-20th - Shoreditch dominated the industry as the major centre of furniture manufacturing and wholesale selling to the domestic and export markets. Following the industry's demise in the 1980s, many of its buildings have been given a new life as offices, bars or restaurants and live/work units. Shoreditch's proximity to the City has now led to enormous development pressures and a serious threat to the architectural distinctiveness of the area from commercial clean-sweep schemes and piecemeal interventions. In 2002 English Heritage formed a partnership with Hackney Council, the Greater London Authority and other relevant agencies to present a co-ordinated response and a strategic planning framework for South Shoreditch. This highly illustrated publication draws upon the findings of a comprehensive appraisal of the character and significance of the area. It will appeal to local residents and workers, architectural historians, furniture trade practitioners past and present, conservationists, planners, and visitors to the area.