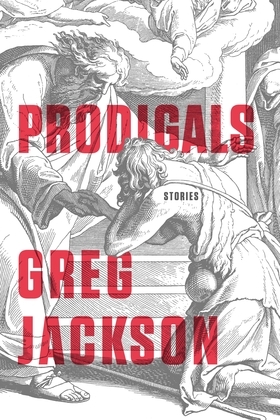 "People are bullets, fired," the narrator declares in one of the desperate, eerie stories that make up Greg Jackson's Prodigals. He's fleeing New York, with a woman who may be his therapist, as a storm bears down. Self-knowledge here is no safeguard against self-sabotage. A banker sees his artistic ambitions laid bare when he comes under the influence of two strange sisters. A midlife divorcée escapes to her seaside cottage only to find a girl living in it. A journalist is either the guest or the captive of a former tennis star at his country mansion in the Auvergne.

Jackson's sharp debut drills into the spiritual longing of today's privileged elite. Adrift in lives of trumpeted possibility and hidden limitation, in thrall to secondhand notions of success, the flawed, sympathetic, struggling characters in these stories seek refuge from meaninglessness in love, art, drugs, and sex. Unflinching, funny, and profound, Prodigals maps the degradations of contemporary life with unusual insight and passion--from the obsession with celebrity, to the psychological debts of privilege, to the impotence of violence, to the loss of grand narratives.

Prodigals is a fiercely honest and heartfelt look at what we have become, at the comedy of our foibles and the pathos of our longing for home.